I’ve been enjoying my red flares, but can’t wear them with any kind of heels. I think I’m going to look for jeans that can wear with 6 cm heels, but I need vocab help.
I want eine Schlaghose mit etwas—aber nicht extremen—hohem Bund. What is a midrise? Mittel hoch? And we can talk about Beinelänge und Höhe der Absätze. But what is inseam? Innennaht? And cheeky pants? Is that anything besides Hose, die meinem Po gut steht? Besten Dank für die Hilfe!

ETA--I don't want super-wide bell bottom pants, more like boot cuts that make my legs look super long. Is there a different term for Schlaghose that aren't that terribly wide?

Latest reply was from Stagiaire Fash

I suggest that you always check the size charts, it varies a lot from brand to brand.

Mmm... Linguee? They give back examples from literature/print, so you get context... or am I misunderstanding?

ps: Ok, the first result from Linguee I got for ‘pants that flatter the buttocks’ is hilarious but accurate in terms of meaning... but I can’t post it here... too blue...

Stagiaire Fash
Veteran
Minaminu, vielen Dank!
Rachylou, I use linguee for lots of stuff, dk why I didn't try it for this. Maybe because I want to hear from people I "know" and get confirmation for my guesses? Also, "schlaghose" might be correct, but a 1970s era term, the way "bell bottoms" is. Can't be out of date on my fashion terms, ya know.
2 years ago

Schlaghose - I would translate as flared.
I think bootcut is widely used in German too, see the pictures for example, Esprit and Zalando.

Anchie, great idea to use them as references. I've pretty much forbidden myself to go on either of those sites, because I love them so much but have told myself I'm only buying local or second hand. I am afraid of the temptation if I actually start cruising around on them. Thanks for doing the reconnaissance for me!

Schlaghose is quite a big flare, bell bottoms is right. It's still used, but it's not a bootcut which has much less flare. I'm wondering if there's a term for bootcut... I think not. You could say the pants are leicht ausgestellt. Or just say bootcut, everyone will know what you mean. Talking about inseam I would use Schrittlänge. And hohe Taille, tiefe Taille, mittlere Taille. Or Bundhöhe instead of Taille.

I agree with Astrid and Anchie, I would just say bootcut.
Inseam - Innenbeinlänge or Schrittlänge
mid rise - mittlere Bundhöhe, but I see "mid rise" a lot as well.
I am not sure about cheeky pants, I tried too google them but I don't know what defines them. Is it the lace, or that they sit on the hip, or how much coverage (or not) they provide?

Stagiaire Fash
Veteran
Eva, it turns out I can't even speak my own language--the term isn't "cheeky" it's "wedgie". Eek! That's such an uncomfortable feeling I can't believe a manufacturer would want it on their product. Here is one post about such pants. https://youlookfab.com/welookf.....experiment Really, I don't need to feel like the fabric is cracking my backside open, would be happy to find bootcut jeans that do for my backside the same thing these black Esprit pants do. Thanks for the other terms!
Thanks Astrid! I'll use "ausgestellt" at first, maybe "bootcuts" later on. Otherwise people hear the English word and start speaking English with me, I get annoyed because I think they're saying my German isn't good enough and their English is better (even though anyone I've said that to claims it isn't what they meant). A situation I'd rather avoid.
My son and I have been to Frau Tran! After the debacle with my dress, we went up there to have his school pants taken in. After a quick phone call to see how late they were open (she spoke maybe 6 words), I thought she was maybe Austrian, but NOPE. I have to laugh because bitd there were always Vietnamese guys plying the street under Schönhauser Allee U-Bahn selling illegally imported cigarettes for cheap. Not a sign of them these days--but Frau Tran is just a couple hundred meters away. Thanks for the recommendation. It took quite a while to get them done, because the shop has turned into a mask factory with huge stacks of pieces of masks in every stage, stacked in every possible space, including neat rows on the floor. But schools are reopening and he has his pants, which fit perfectly. 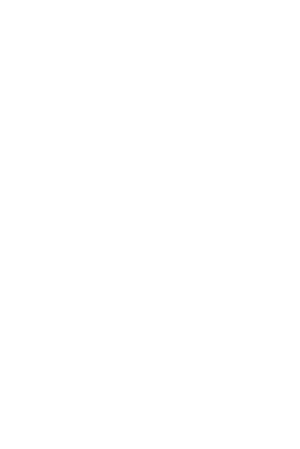 The "wedgie fit" seems to be a fit made by Levi's and not a general term. From their website: "The Wedgie fit jeans have a super-flattering high rise that hugs your curves, and a specially designed backside with the pockets tilted slightly outwards for a rounded effect."
So you might want to look out for the tilted pockets and some other features like that. Apart from pocket placement, this article (in German) also suggests shaping jeans, high waist jeans, and push up jeans. You could actually use the description you suggested, or use the word from the title of the article if you want to be more direct.
https://www.elle.de/knackpo-jeans

It is true that Germans like to switch to English when they realize they are talking to a native speaker. If you don't want that to happen, maybe try to say bootcut with a German accent.
The reason they do this is probably either that they want to practice their English language skills, or that they want to show them off. Maybe both.

Eva, thanks for that explanation from the Levi’s site. I hadn’t even noticed the pockets, will have to look for that along with the fit The word they chose as a name for those jeans already has a meaning related to how pants fit your backside—if someone grabs the waistband of your pants or underpants in the middle in back and pulls up hard, so the fabric is pulled between your butt cheeks, they’ve just given you a wedgie. It’s a prank school kids play on each other. That’s what I meant I want to avoid, for reasons I think are obvious, lol. https://media1.tenor.com/image.....d=13282609