I'm so glad that I came back here...just this short time has helped me solidify my wardrobe choices and focus my attention going forward.
I have learned to embrace denim again. 3 years of wearing it every day to work put me off a bit, but I have realized that it is integral to my style. I love denim shirts, jackets, jeans and shorts. I am going to embrace this love and not limit myself on these purchases, as long as each piece is varied enough to distinguish it from the others. (especially since much of it is workwear for me)
I love items that have a handmade or global feeling to them- particularly accessories. I can focus on higher quality of these items since I tend to keep those for longer periods of time.
My dominant season is summer, but my color season is fall. This means that when I find spring/summer weight items in a natural fall color story- I should stock up.
I like my pieces softer.
I also need to focus my shoe wardrobe on breathable footear that still offers more coverage and can be worn to work.
Vintagey lace in white or cream is a slam dunk for me- I shouldn't pass it up.
Last but not least, I prefer prints on my lower half, and solids or muted patterns near my face. I won't hesitate to try printed pants now that I know how much I like them.
Thanks for listening to my rambles...

Latest reply was from chewyspaghetti

I’ve missed you. So much positive change. Glad to see you back.

I’m glad to see your return, and that you’ve gained such confidence in your preferences. I feel similarly about the things I love and enjoy wearing. I don’t want to shut out other possibilities but I do feel more secure in my likes and don’t feel as inclined to chase trends.

It’s good to see you having fun with fashion! Yay!

Janet- yes, I think that is the thing. I think if you keep the silhouettes modern, with updated footwear styles and haircut...you can wear your favorite types of pieces forever!

This is so true! I wasted a lot of energy trying to put together looks that I admired on others only to find them not really feeling like me (big surprise.) I'm totally with you on denim!

Oooh, you should check out this top I just got, it's incredibly beautiful in person... 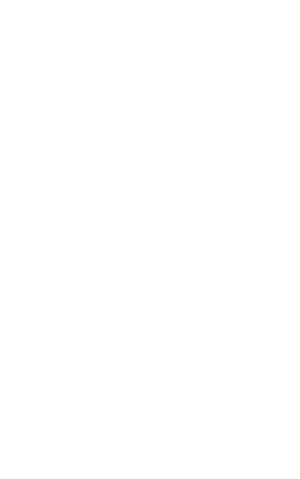 What great insights! I'm inspired. It's good to have you back.

Yay for these epiphanies! I was nodding along to everything you wrote :).

I only realized recently that you aren’t new here. I appreciate your comments and we are often on a similar wavelength. We have some similar tastes in clothing too. We’ve already noted that you and I both like pattern on the bottom, instead of near our faces. The other day I wore (red) patterned pants with an ivory lace top. I like things with different textures—and think that’s similar to your preferences for lace and things that seem handmade. Anyway, hi there. Glad you popped back around.

In short Khris - ROCK ON

Angie- one thing you noticed years ago has been standing outalot to me lately:
I like to dress tonally.
It's so true, and it's something I have to remember when I'm struggling to build an outfit.

Khris, fascinated to see what you do with vintage lace.

I have a gorgeous antique scarf that a parent of one of my preschool students gifted me 20 years ago. I can't part with it but I also can never figure out how to actually incorporate it into an outfit. Will look to you for inspiration.

Fantastic!! Hooray for knowing ourselves, being open to evolution while staying true to ourselves, and being part of YLF!

There you go, Khris. Fab to know that dressing tonally still holds true for you today

CS—careful about the word “tonal”. I used it once in a post that confused people who explained to me that the correct technical meaning of it is x. I said interesting, nice to know for the future; what I meant was y. I thought that would take care of it and we could move along talking about y, maybe even with the correct technical term for that if they could supply it. Nothing doing. You can look up the thread in my history if you want—it gets almost comical. The more I tried to explain what I intended the thread to be about, the more they insisted that by using that word I had made it about this other thing. I swear I heard Yakkety Sax. One of those people still won’t talk to me—even when I posted a topic recently ASKING for exactly that kind of color theory, nope, no way, no how did they recall any of their former eagerness to explain to me all about it.

The giggly version of that conversation is if I’d gone into a German store and asked for “Preservativen”, thinking of preservatives, like jams & jellies, and they’d given me condoms instead, because that’s what the German word means, and then insisted that I could not possibly be wanting anything for my toast, because I said I wanted Preservativen.

All that as a way to say be careful saying “tonal” around here.

I will watch what I ask for in German pharmacies!

It is SO nice to see you here again, Khris! This is a perfect fashion summer season for you color wise, and you have never looked better. I have been enjoying seeing all of your recent outfits.